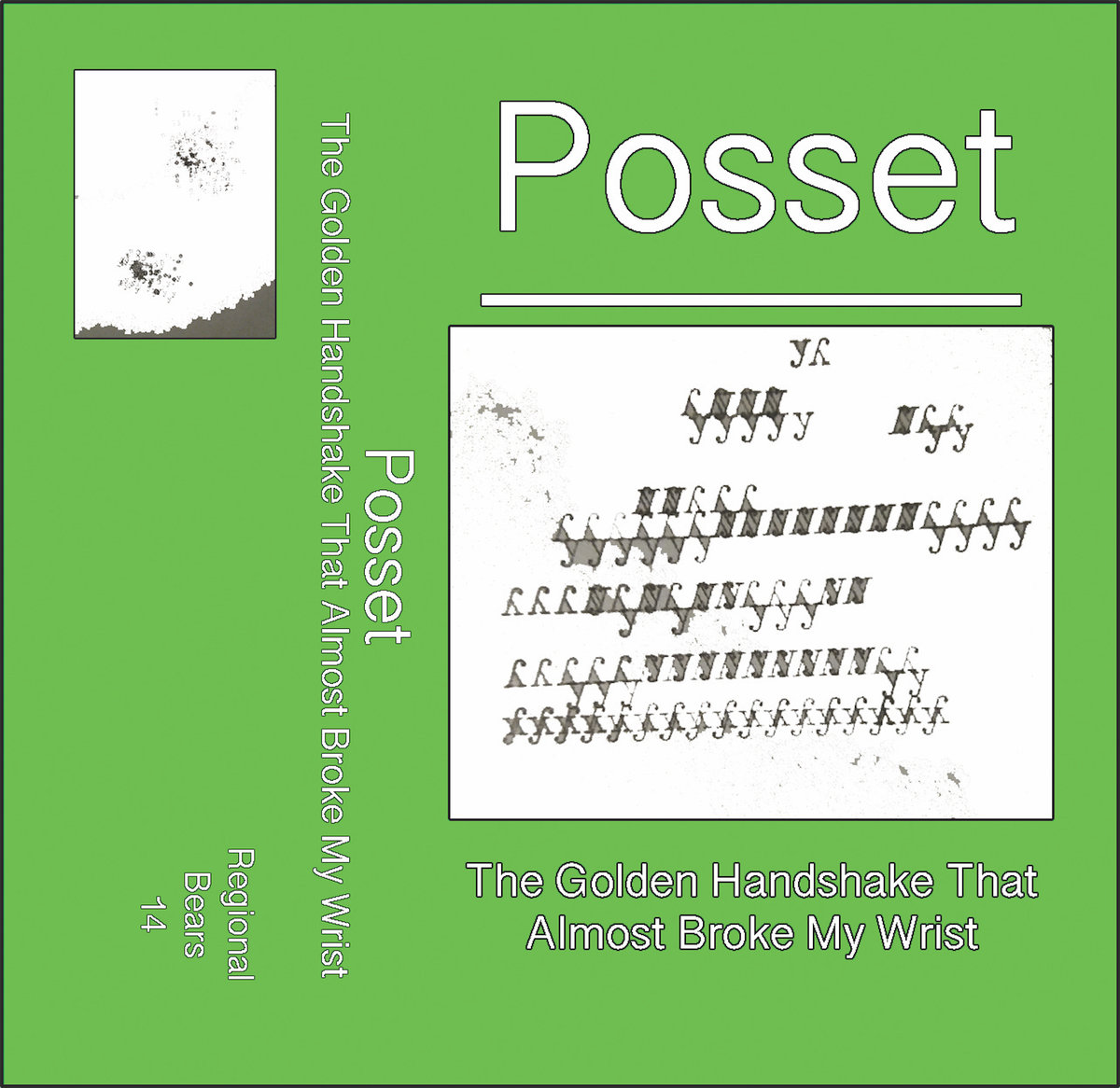 Posset is Joe Murray’s sound project, active from 2009. Until now, he has released his sound works in various labels like Chocolate Monk, Vitrine, Power Moves Library etc. He is a master on analogue sound, mixing analogue recordings of voices, cassette harsh noise and various recordings, that are manipulated with cassette recorders.

The Golden Handshake That Almost Broke My Wrist include 7 tracks. In the first side there is a quite meditative long composition. On the second side there are more dense and rough recordings, based in spoken words and mixed in a more intuitive way.