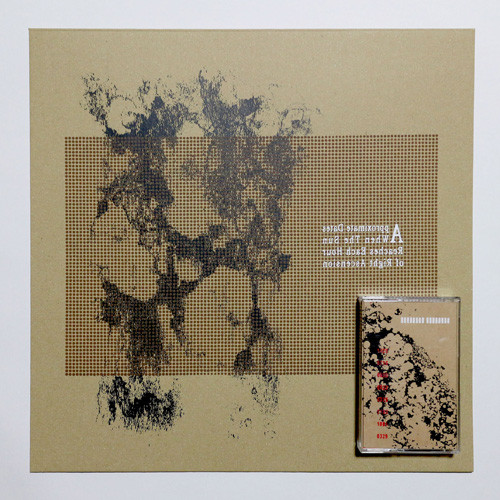 Discription: LP+Cassette, silkscreen covers by artist himself, limited of 100 copies

Kiyoharu Kuwayama (Lethe) is a Nagoya-based artist who began creating work in 1988 using a halftone-scale violin, household items, and other assorted found junk. After numerous collaborative performances and recordings, he began the ongoing “Catastrophe Point” series which makes use of the resonant qualities of huge abandoned industrial buildings.
For this release, we have chosen two pieces of his guitar work from the mid to late 90s. The release is a dual format LP and cassette set, with the five-part “Electric Guitar Solo” recorded in 1999 on the LP, and the very different tape recording “Interference” on the cassette. Both pieces are very different in feel to Kuwayama’s more recent work, ripe with dense and seething impulses.

Individually silkscreened packaging (each set is unique) by Kuwayama himself. The jacket, insert, poster, cards, etc are all silkscreened images based on Kuwayama’s original photography. Limited edition of 100.