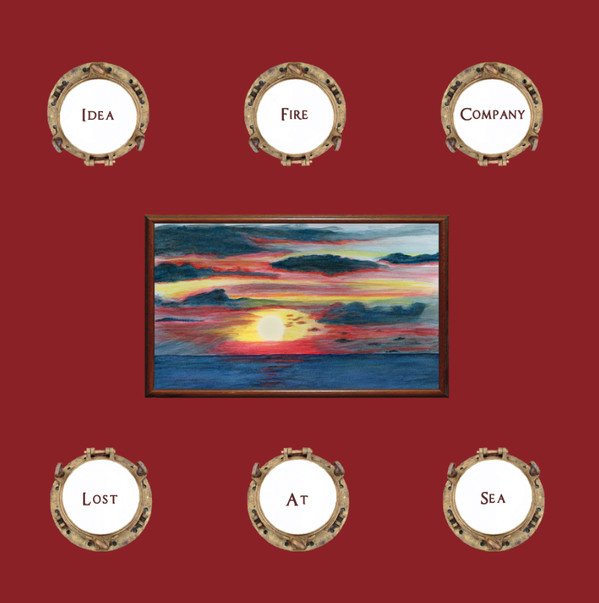 Recital is joyed to bring to you the new Idea Fire Company album, Lost at Sea.

Lost At Sea imagines the Idea Fire Company as the bar band on a small cruise ship. There are approximately 40 passengers aboard. Around 2/3 of them are in the lounge for the nightly IFCO performance. Most of them seem more interested in drink than in music. The ship has become lost and seems to be endlessly circling. Well stocked with booze and food, etc., the ship continues on. IFCO, armed with only a piano and trumpet/ radio/ synth, provide the nightly entertainment.

For almost 30 years IFCO has carved their own path, or dug their own hole, depending on your view, through the ever-changing world of underground music. Still violently committed to the Avant-Garde and to new forms of beauty. Still Romantic. Still idealistic. Despite the odds. In the old days, this sort of commitment was better appreciated. IFCO remains IFCO. As a number of people have said over the years, every IFCO record sounds different, but they all sound like IFCO.