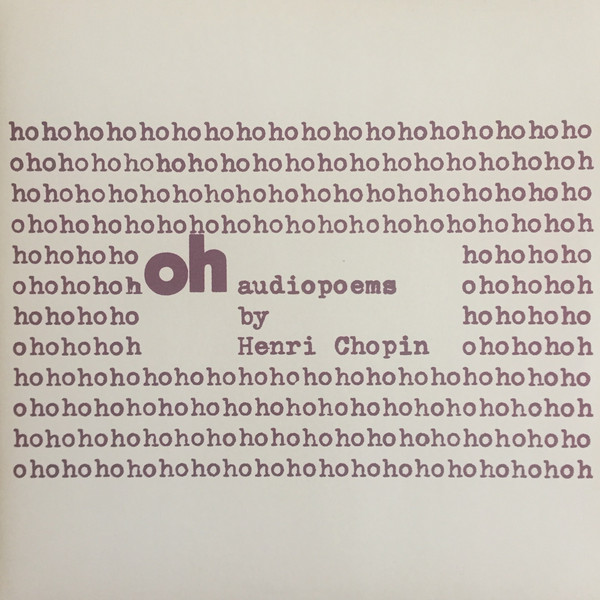 Henri Chopin was a key figure of the French avant-garde during the second half of the 20th century.

In the 1950s Henri created sound poetry, capturing breaths and cries made by his voice and body. He was, said his friend William Burroughs, an “inner space explorer”, but the Frenchman remained a solitary figure, outside any artistic grouping, almost the only exponent of his art, and almost certainly the only poet to record sounds and movements by swallowing a microphone.
Known primarily as a concrète and sound poet, he created a large body of pioneering recordings using early tape recorders, studio technologies and the sounds of the manipulated human voice. His emphasis on sound is a reminder that language stems as much from oral traditions as from classic literature, of the relationship of balance between order and chaos.