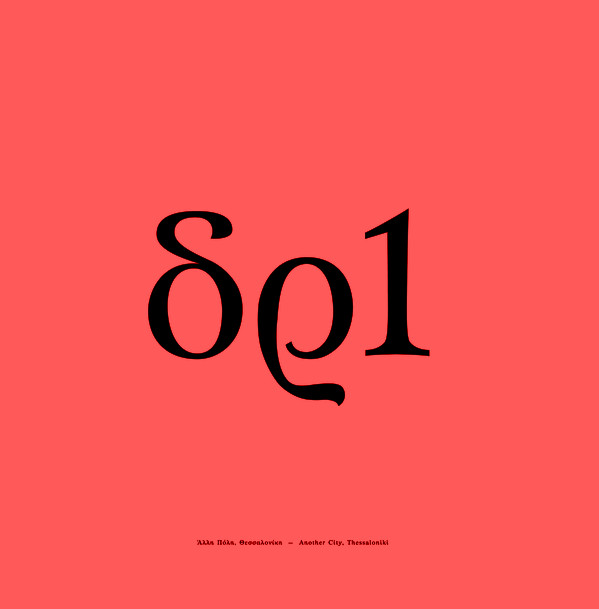 The group Dimosioypalliliko Retire (translates to “Public Sector Worker Penthouse”) was formed in 1984 by Ntanis Tragopoulos, Alexandra Katsiani and Thanasis Chondros. It was initially active in live performances and subsequently with recordings, up until 2006 when it completed its course. In essence D.R. involved itself in a radical application of the era’s modes of expression and media, in manners that were particularly edifying, paradoxical and humorous. Their appearances were centred in performance art, with music appearing sometimes in the foreground and other times in a supporting role.

The result itself was often closer to the features of a school play or a debased news broadcast, rather than a music concert. D.R.’s first appearance took place in an unfinished building site in Thessaloniki (October 1984), and other appearances followed in venues such as farmer’s markets, parks, university halls and political youth festivals.

On the administration of panic (the magazine issue 1)

This record is a reissue of the first issue of the verbal “magazine”, published on CD-r by Dimosioypalliliko Retire in 2002 (D.R. 1, Another City, Thessaloniki). Lasting until 2006, 9 issues appeared in total. “In this attempt”, D.R. noted, “we were aided by the autonomy and immediacy that the technology of the recordable compact disc and a home studio can provide. We urge our listeners, if they like what they hear, to copy it and pass it on to their friends. Copies help music spread, they don’t kill it as record companies claim. We want to produce an evolving work. Either way, music is tied to time since it has duration, but we also wanted to play with real time, to actually have the magazine unfold from issue to issue, following our whims at the time. This way we had the chance to have changes in character and style that would not have fit within the boundaries of a work that takes place within a single record”. The first issue then, contains the musical part of the performance titled, “On the administration of panic”, which took place on the 31st of May 2002 at Moni Lazariston in Thessaloniki, during the Strange Screen festival. You can watch an excerpt from the performance above.