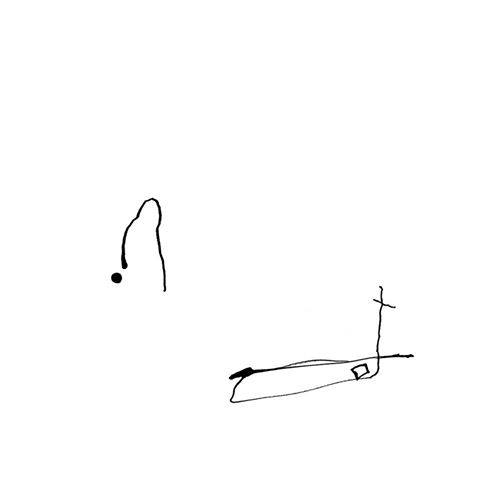 Costis Drygianakis (Κωστής Δρυγιανάκης) is a Greek composer of electroacoustic music. He started producing music in the middle 80s under the name “Optical Music” (Οπτική Μουσική), a project rather than a band. In 1999 he released two radical solo electroacoustic works in the currently inactive Greek label “ΕΔΩ” (EDO records) and a collaborative disc with Nikos Veliotis (absurd, 201). In 2012 he contributes to our Nous series a composition that is based on the music composed for the installation by Manolis Yiannadakis with the same title (Διαδρομή, translation: itinerary).

Blown Into Breeze is the new LP by Costis Drygianakis, including 4 new tracks, composed from November 2012 till March 2013, mainly based on older recordings. Drygianakis works with a narrative perspective, organizing his recordings in a number of thematic, creating a series of sound events, experiences, whether noisy or melodically. He uses a wide range of sounds, from field recordings to laptop experimentations. Some of the contributing artists on this album are Nikos Veliotis, Stylianos Tziritas, Tasos Stamou, Stathis Theocharakis, Lilly Varaklioti and Dimitris Aitopoulos.

The LP is a limited edition of 350 copies in White vinyl and a detailed inlay card. Cover artwork by Vasso Voulgari.