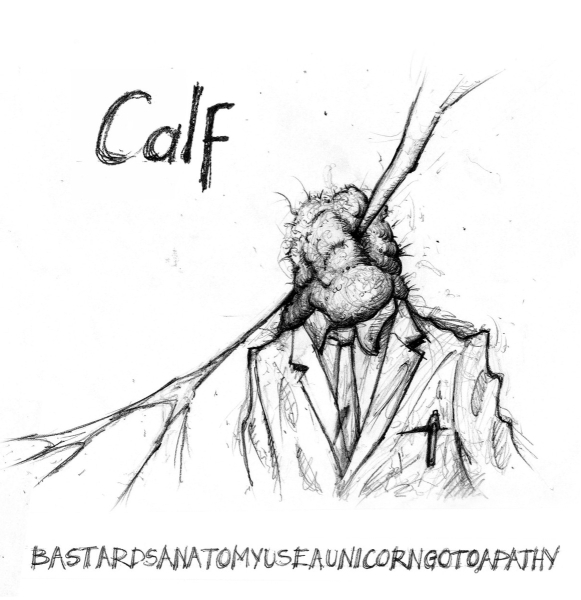 Calf is a post rock-noise band formed in Karditsa Greece in 2008. The music of calf is complex and can go to extremes as reflected in the songs. More than one musical ideas are visited in each song, sometimes peaceful and serene and others violent and intense. In 2011 the band released their first album by the name “a constant loss departs from the sentiment of the abandoned”.

Calf is one of the bands that in their live performances they kick asses! Their latest “Bastards Anatomy Use A Unicorn Go To Apathy” LP is their best album till now, a unique piece of music. Post-rock meat noise.