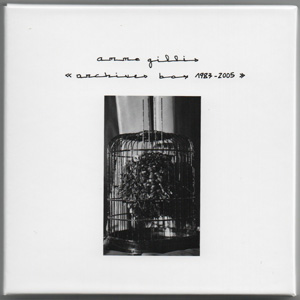 As though pursuing the smallest of impulses to their logical end-points, French composer Manon Anne Gillis began creating sound works and performances in the mid 1980s that were simultaneously quotidian and theatrical.

This is the first archival release to cover her work in its entirety: from the 1983 Devil’s Picnic release, right up to her 2005 installations and exhibitions. This 5CD box includes all of her albums on the (CRI)2, DMA2 and Rangehen labels, her only collaborative single with G.X. Jupitter-Larsen, most of her compilation tracks (minus a few where the original master tapes have gone missing), and 11 previously unreleased tracks. This is dense and detailed work, ripe with ancient dreams, bodily functions, darkness, secrets, and beautiful seclusion.

All tracks newly remastered by Colin Potter in 2015. Boxset including disk sleeves with the original artwork and a 20-page booklet.Limited edition of 500. 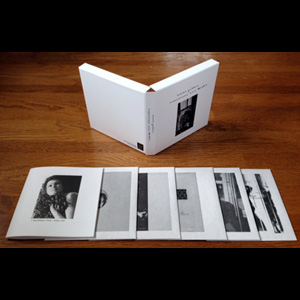