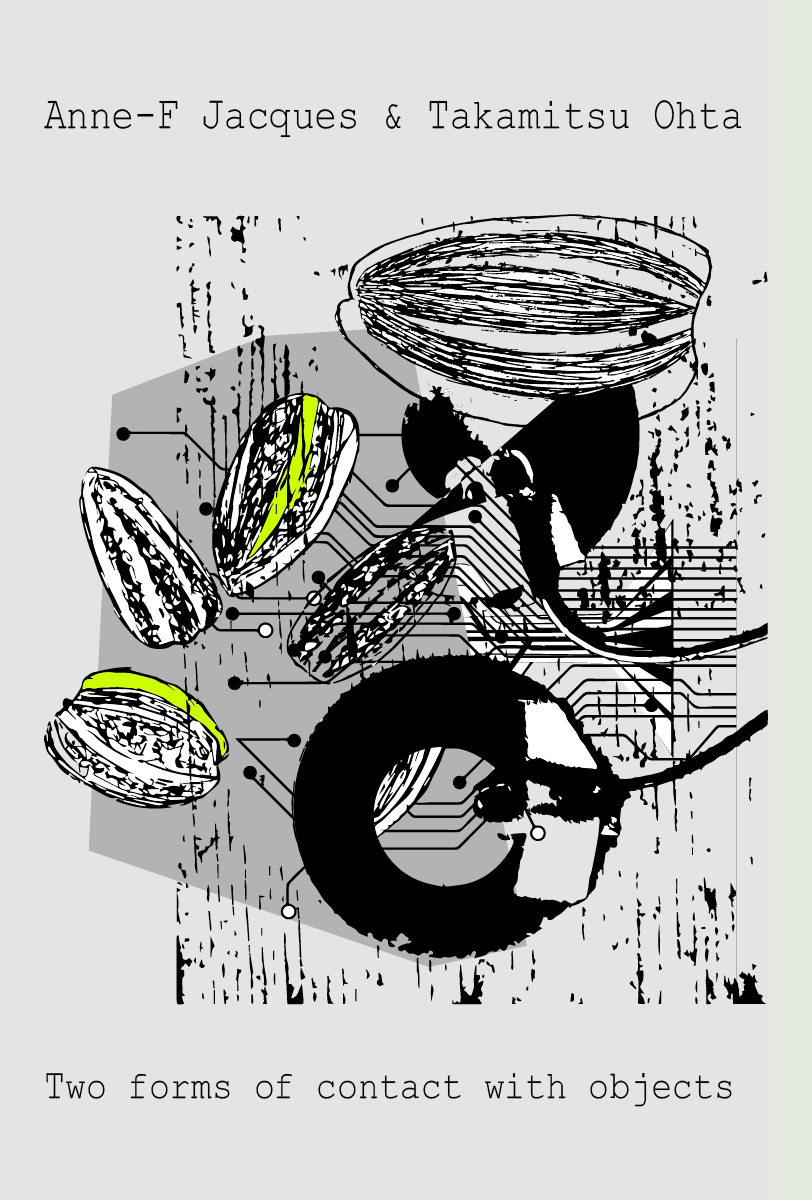 Anne-Françoise Jacques is a canadian composer and performer from Quebecis. She is interested in amplification, erratic devices and construction of various contraptions and idiosyncratic systems. She is using low technology, trivial objects and rough sounds, prodused by rotation, objects and amplification, most of them are custom made.

Takamitsu Ohta is a contemporary artist, Born in Osaka, Japan. He is using material from the exact place and builds his own works. By a process of transformation, he makes things visible that everyone knows of, but doesn’t pay particular attention to in daily life. He features sound recordings and cassette loops.

“Two forms of contact with objects” is a colaboration between Anne-Françoise Jacques and Takamitsu Ohta, recorded in Koyoto, 2014. On side A, each performer uses their own objects. On side B, they use the other one’s objects.